This article focuses on Pillar 2 which requires the imposition of a 15% global minimum corporate tax on multinational enterprises (MNEs).

As mentioned in Part 1, this new global tax regime consisting of a two-pillar solution (Pillar 1 and 2) was agreed to by 136 members of the Organization of Economic Co-operation and Development (OECD) representing more than 90% of global GDP. It is regarded as the most radical overhaul of the global tax system which establishes a new framework for international tax, aligned with a digitalized and globalized economy. (Pillar 1 was discussed in an earlier article).

The core feature of Pillar 2 is the introduction of GloBE or Global Anti-Base Erosion which fixes a global minimum corporate tax of 15% at the overall income of a multinational, and for every jurisdiction it operates, thus putting a floor on tax competition. It requires the ultimate parent company to account for its share of its income from member companies in low tax jurisdiction and taxes that income to the 15% minimum tax.

Overall, GloBE is meant to make MNEs account for the income of its members in various jurisdiction ensuring that the 15% minimum corporate tax is paid in that country. It is a measure to protect the tax bases of countries from harmful tax practices especially with the proliferation of tax havens and the practice of “race to the bottom” lowered tax rates and super generous tax incentives.

How does this work? Multinationals with an effective tax rate below the 15% minimum global tax rate in any particular jurisdiction will be required to pay top-up tax on the income of its members that does not meet the 15% minimum tax.

For example, the parent company of an MNE operating in the Philippines may be required to pay a top-up tax if its effective tax payment in the Philippines is lower than 15%, as in the case where there is availment of generous incentives that brings the effective tax rate below 15%. There are however, carve out rules for incentives based on substantial activities in the host jurisdiction and are meant to support valid policy considerations.

The application of Pillar 2 is not all encompassing. It applies only to large and profitable businesses with global revenues exceeding EUR750 million (or P44 billion in global revenue), and there are exclusions and carve outs. Industries excluded may include global shipping companies, government organizations and certain fund vehicles. As of now, there are no detailed rules yet for the standard determination of the minimum corporate tax but expectedly, a set of formulaic and non-formulaic standards for global application will be soon be out.

The application of the global minimum tax consists of four principle-rules, as follows:

i. The Income Inclusion Rule (IIR), which imposes a top-up tax on a parent entity in respect of low taxed income of a constituent member entity. The IIR will require a parent company to bring profits of foreign subsidiaries into account for domestic taxation. It will apply in respect of each jurisdiction in which the MNE group has a subsidiary or branch.

Under the IIR, the effective tax rate of each jurisdiction, calculated in accordance with specific global minimum tax rules, will be determined based on all of the consolidated companies or branches in that jurisdiction. It will then be compared with the minimum effective tax rate (ETR) of at least 15%. Top-up tax will be charged to the head office to make up for any shortfall. For example, if a wholly owned subsidiary has an ETR of 12%, based on a minimum rate of 15%, top-up tax at 3% should be applied at the level of the parent on the subsidiary’s undertaxed income.

ii. The Undertaxed Payments Rule (UTPR) denies deductions or requires an adjustment to the extent the low taxed income of a branch or subsidiary is not subject to the global minimum corporate tax.

It acts as a backstop to IIR to deal with circumstances where the IIR is unable, by itself, to bring low tax jurisdictions in line with the minimum rate. This reduces the incentives for tax driven inversions where business entities relocate operations overseas to reduce their income tax burden. Companies undertaking a corporate inversion usually select a country which has a lower tax rate than their home country. The UTPR discourages this practice.

iii. The Switch-Over Rule (SOR) enables jurisdictions to overturn treaty obligations where there are commitments to exempt incomes attributable to foreign permanent establishments under tax treaties. This will enable jurisdictions to remove tax treaty hindrances and subject the income to the minimum tax.

iv. The Subject to Tax Rule (STTR) allows the source jurisdiction to impose tax on certain related-party payments below the minimum rate. The STTR is a treaty-based rule, which may override treaty benefits in existing treaties in respect of certain payments where those payments are not subject to a minimum level of tax in the recipient jurisdiction. The covered payments include interest, royalties and other payments for mobile factors such as capital, assets, or risks.

IMPLEMENTATION
At the latest by the end of 2022 an implementation framework will be developed that facilitates the coordinated implementation of the GloBE rules. Pillar 2 should be brought into law in 2022, to be effective in 2023, with the UTPR coming into effect in 2024.

WHAT’S IN IT FOR THE COUNTRY?
Foremost, the imposition of the GloBe Rules relieves the country from the pressure of having to compete in providing excessively generous tax incentives or low taxes in what we call a “race to the bottom” practice around the region. It levels the playing field in attracting investments, staying away from the use of fiscal incentives, and focusing instead on non-fiscal attractiveness of the country. To the extent that the income is subject to a floor or a minimum tax of 15%, the incentive to shift or siphon income out of the country is lessened.

Even post CREATE, our corporate tax of 25% remain the highest in the region which could make us still a favorite victim of harmful tax practices, base erosion and profit shifting, by multinational enterprises operating in the country. With the 15% global minimum tax, the incentive to shift income to low tax jurisdictions, would be lessened, though not totally eradicated unless we bring our corporate tax rate to 15%.

Will it remove tax competition? Not totally, but it will be lessened. There would still be variations in tax rules in each jurisdiction and MNEs would still try to maximize those differences for higher group profits.

In terms of revenue, it is expected that the Philippines, considered as a high-tax jurisdiction (thus, a natural favorite victim of harmful tax practices) compared to its peers, will earn additional revenues from these measures. Based on OECD estimate, corporate tax avoidance costs countries anywhere from $100 billion to $240 billion annually, which is equivalent to 4% to 10% of global corporate income tax revenues.

WHAT TO WATCH OUT FOR
The proposals open up as many questions as they answer. The four components of Pillar 2 are complex and have a significant overlap and it is far from clear how they will interact. One thing is clear — it will be difficult for developing countries like the Philippines to implement and achieve the Pillar 2 objective of a minimum effective tax.

The two-pillar Blueprint acknowledges that both the Subject to Tax Rule and the Switch-Over Rule would require changes to existing bilateral tax treaties which could be implemented through bilateral negotiations and amendments to individual treaties or more efficiently through a multilateral instrument.

While the Income Inclusion Rule and the Undertaxed Payment Rule could be implemented through changes to domestic law, this by itself is also a difficult and long process. Also, further guidance and mechanisms should be developed to ensure there is a consistent, comprehensive and coherent application of these rules, and there is effective overall coordination of their application across multiple jurisdictions. This would require a comprehensive model legislation and guidance together with a multilateral review process.

The practical application of Pillar 2 would also be a challenge for developing countries since it will be difficult to determine the tax base for global income. The Pillar 2 consultation document suggests the use of consolidated financial statements but that pose its own challenges. Which accounting principles (GGAP) should be used? How will local tax authorities audit consolidated financial statements? How will the change in tax base bring changes to accounting principles?

It is not without a doubt whether the Blueprint will be enforced — they will certainly be enforced in the years to come.

Where we end up remains to be seen but businesses and governments should keep abreast of developments to enable them to remain agile, review their operations and prepare for adoption. This is the main objective of this article.

Benedicta “Dick” Du-Baladad is chair of the MAP Tax Committee, and founding partner and CEO of Du-Baladad and Associates (BDB Law). 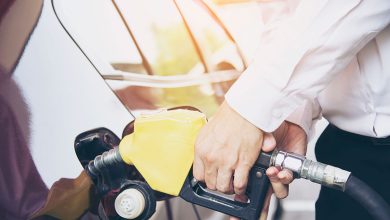 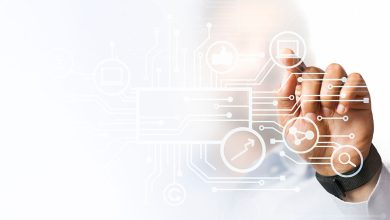 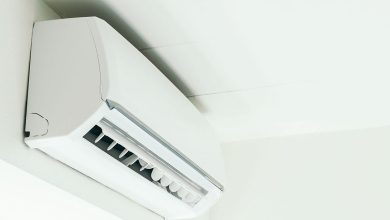 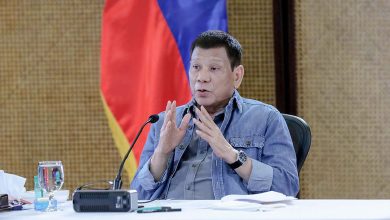 Duterte claim vs narco-politician based on intel