I am still wondering why women do not like quotas and insist that women get to positions of power only by merit. We were talking to a diverse group of women on the subject of female representation on corporate boards and these revelations came up. Sometimes, it is the women who prevent other women from getting into top positions and seats at the B suite. What is the reason behind this strong desire to prevent other women from taking a shot at the board room?

Merit is for those who have arrived, who have been affirmed because they already are in the position. What about the quiet, humble women who are as bright and smart but do not speak much? Will they never get to be chosen?

Last night, I was listening to commentaries from political scientists on what it takes to be President — and a professor from UP says: you have to be a Chief in many ways — chief diplomat, commander in chief, chief legislator, chief citizen, and one more — maybe chief executive. And now I think of women who rise to the top of organizations, they, too, must be chief everything. And when they rise further up into board rooms, the more they have to be a balance of mind and wit, soft or core skills and experience.

So, when we talk about women getting into boards because of merit, we actually notice only the articulate, the confident smart talker, and forget those who are just as qualified but do not speak as much. Though a stellar academic and professional record say much, the other stuff that make women get the positions are connections or networks. This is why we have organized the NextGen Organization of Women Corporate Directors or NOWCD. To give voice to the women who can contribute to the boards of publicly listed companies (PLCs) as well as NGOs. It will soon get its affiliation with the Women Corporate Directors International (WCDI), by which NOWCD members may be offered board seats even in international companies.

Why am I for quotas? Because quotas, like any number or target, gets talked about and remains in the consciousness of others who otherwise may not care. Quotas, even if they are filled by wives and daughters, or some token woman, will start a fire that may cause our PLCs to be more mindful of the contributions of the other sex. Most boards are still male-dominated, aka “old boys club,” and this practice is often condoned by shareholders anyway.

There are many reasons. One is the seeming lack of qualified female candidates for independent directors. So, this is one area where NOWCD will work on to ensure there is a pipeline of other qualified candidates fit for the board room. Women corporate executives often drop out in their 40s and never return due to childcare and other choices. Those who stay are a few who never get the chance to rise to the C Suite. In a leaking funnel, women in boards are only 17%, even if women are the greater number in finishing college, almost 52%.

The other reason is prominence or being known in the circles. There is a lack of promotion or self-promotion in the guise of humility. There are women who are shy or timid vs. the few who claim their seats early and network with the “boys” in organizations that matter. So, those who get elected to boards in associations, end up also getting known to the men, and then get chosen to join PLCs or NGO boards.

The third reason may be lack of resources for women to talk about professional directorships and learn from mentors. This is another area that NOWCD will address. While the same 20 women are chosen and are in multiple boards, these women have chosen to organize and endeavor to teach others how to get to the B suite. In fact, we now number 30 members and growing.

So, why quotas? Or no quotas? I have argued for quotas while those who just say merit, need to address the issue than just live with it. We all can learn a thing or two from other women on why we should give the others a leg up, and not just be silent about it.

So, how will women rise up to the Board level? We have to find them, train them, and eventually escort them to their seat at the proverbial table.

Chit U. Juan is a member of the MAP Diversity and Inclusion Committee, chair of the Philippine Coffee Board, councilor of Slow Food (www.slowfood.com) for Southeast Asia and is an advocate for organic agriculture. 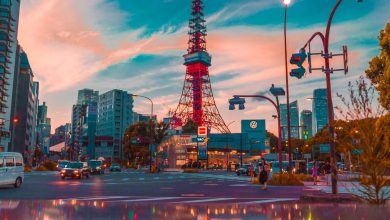 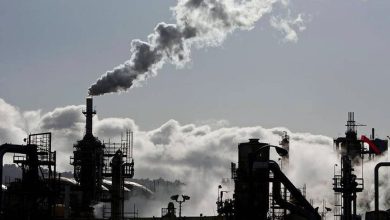 Climate change will kill national sovereignty as we know it