EXTRAORDINARY MEETING of NATO Ministers of Foreign Affairs with Finland, Sweden and the EU at the NATO Headquarters, Brussels, March 4. — WWW.NATO.INT

Russian President Vladimir Putin’s attack on Ukraine is a war of aggression against a sovereign state. In the words of the Massachusetts Institute of Technology’s Noam Chomsky, it is “a major war crime.” Equally disturbing is the possibility that the conflict can escalate into a Europe-wide or even world war.

Russia is clearly in violation of international law, and there are no ifs or buts about it. Paragraphs 3 and 4 of Article 2 of the United Nations Charter stipulate that:

“[3] All Members (of the UN) shall settle their international disputes by peaceful means in such a manner that international peace and security, and justice, are not endangered,” and,

“[4] All Members shall refrain in their international relations from the threat or use of force against the territorial integrity or political independence of any state, or in any other manner inconsistent with the Purposes of the United Nations.”

Only in self-defense does the UN Charter allow military action against another state, and Russia cannot use that excuse without universal skepticism and condemnation.

But the United States, Russia’s long-time antagonist, has also been guilty of the same acts of aggression and war crimes in dozens of instances. The US and its Western allies also reneged on their pledge in 1990 not to expand NATO membership beyond Germany. In 2014, the US supported the coup d’etat that put in power the immediate predecessor of the present Volodymyr Zelenskyy regime in Ukraine.

Another relatively recent instance of the US’ doing exactly what Russia is currently up to was in 2003. It attacked and occupied Iraq, hanged its President Saddam Hussein, and in his place installed its own man in power on the spurious claim that Saddam was harboring the terrorist group Al Qaeda and possessed weapons of mass destruction. Both claims proved fraudulent, but the invasion cost at least a 100,000 Iraqi dead, and continuing turmoil in that country.

There are numerous other such instances, one of which is particularly illustrative of how far the imperialist powers can go in protecting and advancing their economic and political interests. Much earlier, in the 20th century, the US funded and in other ways supported the 1961 invasion of Cuba in a failed attempt to oust the Fidel Castro government.

Both the Iraqi and Cuban examples parallel what Russia is doing now. In launching a “pre-emptive” war of choice in 2003 rather than of necessity and self-defense, the US claimed that Iraq was a threat to its security, and in 1961 could not abide, and feared, the existence of an independent regime some 145 kilometers away. As if to prove it right, the then Union of Soviet Socialist Republics (USSR) deployed missiles in Cuba in 1962, which nearly led to World War III.

Putin has argued that a pro-US and NATO (North Atlantic Treaty Organization) member Ukraine right at Russia’s western border is, and would be, a continuing threat to its own security. Among the possibilities he fears is NATO’s deployment in Ukraine of nuclear-armed ballistic missiles that could devastate Moscow within minutes. It is also true that Ukraine, the poorest country in Europe, is governed by a far-right, anti-Russia regime, and harbors and is egregiously tolerant of neo-Nazi groups.

But the crimes of one imperial power do not make the crimes of another right. The Russia-Ukraine war is in fact another proxy war between the US, the world’s only remaining superpower, and Russia, the present leadership of which is pining for that time when, as the leading constituent state of the now defunct USSR, it was at least the equal of the US and a contender in replacing it as global overlord.

The stakes are high enough for both Russia and the US to deploy nuclear weapons to prevail over the other. If granted, the demands of Zelenskyy that NATO intervene by establishing no-fly zones, and providing Ukraine with air support and even troops on the ground to augment its defenses could lead to a Third World War in which, as Chomsky also points out, “there would be no victors.” But even if both used only conventional weapons, US and NATO military intervention can lead to a war in all of Europe. Among its consequences would be the displacement of tens of thousands of Overseas Filipino Workers and the loss of the billions in their annual remittances that help keep the Philippine economy afloat.

As limited as the Russia-Ukraine war still is, the Philippines is already in the throes of the soaring prices of wheat flour, as well as of cooking gas, diesel fuel, gasoline, and other petroleum products, and their consequent impact on the inflation rate. And the hundreds of OFWs returning home from Ukraine will eventually further impact the economy.

In view of these alarming possibilities and ongoing developments, the Philippines’ supporting one side or the other, as President Rodrigo Duterte has implied, would serve no sane purpose. What is crucial is ending the war by putting a stop to the threats and sanctions against Russia that are not only adversely affecting other countries like the Philippines, but also hardening the former’s determination to crush the Ukrainian resistance and install its own man as President. The Philippines should, at the same time, call for a permanent Ukraine-wide ceasefire and the holding of talks and negotiations among Russia, Ukraine, and the US under UN auspices towards arriving at some agreement that would preclude further armed conflict.

What the conflict is demanding is neither indifference nor mere “neutrality.” If that catastrophe has a positive side, it is its reminding the Philippines — which has oddly remained parochial rather than global in outlook despite the millions of Filipinos strewn all over the globe, some in countries whose names they cannot even pronounce — that the world is not only complex but also dangerous for middling powers like itself and for the rest of the human species as well.

That reality calls for the forging of a foreign policy that is truly independent of any foreign power. Such a policy is the country’s only hedge against being crushed in what the late Senator Claro M. Recto aptly described in the 1960s as “the quarrels of the strong” — “the strong” being the US and the USSR then; and the US, Russia, and China today.

But the same policy must also be committed to the making of a bloc of countries from the Global South like the Philippines that together could constitute a powerful enough force in international affairs to check the excesses of the major powers and help prevent a war that could end all of human life from breaking out.

At the height of the Cold War between the US and the USSR in the 1960s, such a bloc became a reality in the form of the Non-Aligned Movement (NAM). It consisted of 120 countries — the US’ client state, the Philippines, was not a part of it — that were neither aligned with nor against either of the contending powers.

There is nothing to prevent the Philippines, perhaps together with the Association of Southeast Asian Nations (ASEAN), from taking the lead in the making of a similar coalition today. Such an initiative would be for its own sake as well as that of those other countries in Asia, Africa, and Latin America that are often victimized by the increasingly heated contention among the big powers — a rivalry that is currently costing Ukraine the livelihoods, homes and lives of its citizens and endangering the entire planet itself. 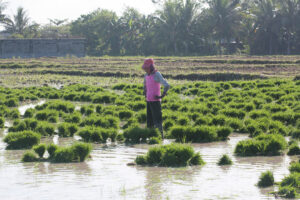 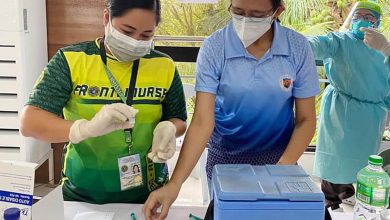 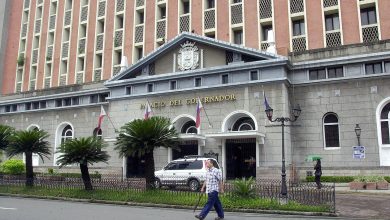 Comelec: No expectations on when to resolve suits 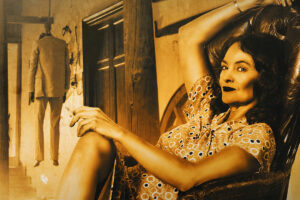