THE PESO ended flat against the dollar on Monday on concerns over further rate hikes here and abroad amid upbeat US employment data and expectations of higher Philippine inflation last month.

The local unit closed at P52.86 on Monday, unchanged from its Friday close.

The peso opened Monday’s session slightly weaker at P52.92 against the dollar. Its weakest showing was at P52.97, while its intraday best was at P52.84 versus the greenback.

Dollars exchanged slipped to $1.079 billion on Monday from $1.128 billion on Friday.

“The peso was unchanged from mixed movements owing to upbeat US employment reports and lingering expectations of a strong BSP (Bangko Sentral ng Pilipinas) rate hike this month,” a trader said in an e-mail.

“The peso exchange rate was slightly weaker today versus the US dollar after generally stronger US jobs/employment data could still support/justify further Fed rate hikes amid continued hawkish signals by most Fed officials…and a day ahead of the latest Philippine inflation data expected to go up to 5% levels,” Rizal Commercial Banking Corp. Chief Economist Michael L. Ricafort said.

US employers hired more workers than expected in May and maintained a fairly strong pace of wage increases, signs of labor market strength that will keep the Fed on an aggressive monetary policy tightening path to cool demand, Reuters reported.

The US Labor department’s closely watched employment report on Friday also showed the unemployment rate holding steady at 3.6% for a third straight month, even as more people entered the labor force.

The Fed has increased rates by 75 basis points (bps) since March. It is expected to hike this by half a percentage point at each of its next meetings this month and in July.

Meanwhile, in the Philippines, the BSP and analysts expect May headline inflation to have breached 5% amid higher fuel and food prices.

A BusinessWorld poll of 16 analysts held last week yielded a median estimate of 5.4% for May inflation, matching the midpoint of the BSP’s 5% to 5.8% outlook and well above its 2-4% target for the year.

The Philippine Statistics Authority will release the May inflation report on Tuesday, June 7.

BSP Governor Benjamin E. Diokno last month said the central bank is likely to raise key interest rates by another 25 bps at its next policy review on June 23 following a hike of the same magnitude at its May 19 meeting to curb growing inflationary pressures. 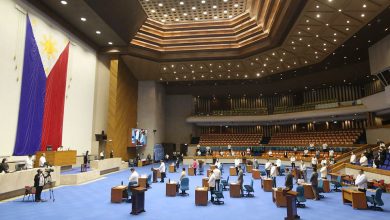 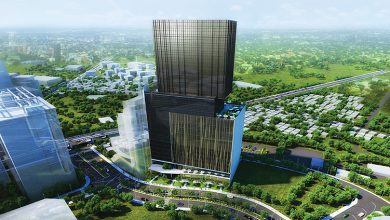