Philex Mining Corp. announced its plan for a $224-million Silangan copper and gold project in Surigao del Norte with an estimated 571 tons worth of mineral resources.

Philex will be leading this project, along with its subsidiary, Silangan Mindanao Mining Co., Inc. (SMMCI).

“This is an opportunity for the mining industry to play a pivotal role as we enter the post-pandemic world,” said SMMCI Chief Operating Officer Michael T. Toledo in a media round table on Tuesday.

“We all know how much mining can generate so much in terms of income, revenues, and taxation, and how it can also generate employment if allowed to flourish. We can hopefully propel the economy as we move on to year 2022,” added Mr. Toledo, who is also chairman of the Chamber of Mines of the Philippines (CoMP).

The Silangan copper-gold project will initially process 2,000 tons of ore in a day, until this reaches 12,000 tons a day or four million tons annually upon its completion.

“Mining is not the enemy. It’s poverty. And it is the goal of Philex, SMMCI, as well as the CoMP, to make sure that role is played the best level possible. To really do what needs to be done and to ensure the benefits of mining trickles down to all our people,” Mr. Toledo said.

The mine is comprised of two ore deposits that are 0.52% copper and 0.64% gold, higher than any other Philex projects.

“The copper and gold grades in Silangan are twice as high as the current grades of Padcal, which for decades has been the life blood of Philex, but is now approaching the end of its mine life,” said Eulalio B. Austin, president and chief executive officer of Philex.

The project is divided into phases, with the first phase covering the Boyongan deposit. Boyongan has 81 million tons of ore containing 0.67% copper and 1.12 grams of gold per ton. It is projected to produce 2.8 million ounces of gold and 993 million pounds of copper during its mine life.

Once the second phase is commenced, the Bayugo deposit will increase annual production by 6.5 million tons.

The first phase has a mine life of 28 years, and will take two and a half years to develop beginning second quarter of 2022, will be ready for commercial use by late 2024 or early 2025.

The project is expected to create employment in towns surrounding the mine and comes with a corporate social responsibility plan that has initiatives for education, livelihood, and the promotion of socio-cultural activities.

Silangan will have a disturbed area of 24.91 hectares, with Philex offsetting this with plans to reforest an area of 185.24 hectares.

“They key to our community development and social acceptance is partnership building. We give credence and importance to what the people feel and say,” said Victor A. Francisco, Philex vice-president for environment and community relations.

“We want the people in our host areas to know we are a good neighbor, and in operationalizing that, we want them to know what is happening in their area,” he added.

The project will be financed by fresh capital infusion from Philex, equity via stock rights offerings, and possible debt.

Philex has filed an application to raise as much as P3.15 billion through a stock rights offering of up to 842 million common shares with the Securities and Exchange Commission and the Philippine Stock Exchange.

Philex Mining Corp. is one of three Philippine units of Hong Kong-based First Pacific Co. Ltd., the others being Metro Pacific Investments Corp. and PLDT, Inc.

The multiverse is huge in pop culture right now — but what is it, and does it really exist? 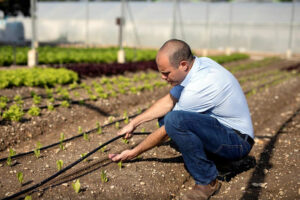 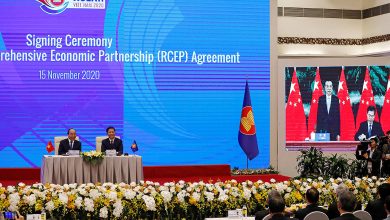