The railways will grind to a halt again on 27 July as staff stage another national strike in an ongoing dispute over pay, jobs and conditions.

As many as 40,000 members of the Rail, Maritime and Transport (RMT) union at train companies and Network Rail will walk out for 24 hours on Wednesday 27 July, with two other rail unions also considering dates for industrial action.

Union leaders made the announcement after rejecting a new offer from Network Rail which they described as “paltry”. The state-owned company, which runs Great Britain’s rail infrastructure and most of its big stations, on Tuesday offered a 4% pay rise for the whole of 2022, followed by a possible 4% next year if workers accepted changes in working conditions.

However, the RMT said these represented “attacks on their terms and conditions”. The union said it had yet to receive a pay offer or guarantees over job losses from the train operating companies.

The smaller Transport Salaried Staffs’ Association said on Wednesday its workers at train operator Great Western Railway had voted for strike action, although those at Greater Anglia and TransPennine Express did not meet the turnout threshold for strike action.

Members of the RMT staged three days of strikes in late June that brought large parts of the British network to a halt. The new planned midweek strike coincides with a day when passenger numbers are generally higher for commuter rail traffic since the rise of working from home during the pandemic. It also collides with the start of school holidays and the summer getaway, and Network Rail and the government claimed it could affect the opening ceremony of the Commonwealth Games in Birmingham a day later.

The dispute comes with relations between unions and the government at a low, amid widespread industrial action being considered by workers from barristers to cleaners and teachers. Workers supplying cash and supplies to sub-post offices are due to stage their second 24-hour strike on Thursday in a protest over pay, after strikes by employees at 114 crown post offices on Monday.

The Conservative government is also pushing ahead with controversial plans to allow companies to replace employees on strike with agency workers.

Grant Shapps, the UK’s transport secretary, said the RMT had “opted for more destructive strikes and is hellbent on causing further misery for people across the country”.

Shapps said the RMT “risks pulling the plug for good” on the industry and that “negotiations over recent weeks have merely been for show”.

The RMT said it would be consulting other unions that have delivered mandates for strike action in the coming days, amid talk of coordinated walkouts.

The membership of the drivers’ union Aslef has also backed industrial action in recent days. Aslef officials are due to meet on Thursday to set strike dates after drivers at eight train operating companies voted to walk out over pay.

Mick Lynch, the RMT’s general secretary, criticised “stubborn” train operating companies for not making an increased pay offer, and said: “Strike action is the only course open to us to make both the rail industry and government understand that this dispute will continue for as long as it takes, until we get a negotiated settlement.

“The offer from Network Rail represents a real-terms pay cut for our members and the paltry sum is conditional on RMT members agreeing to drastic changes in their working lives.”

Lynch blamed the government for “shackling” Network Rail and the train operating companies. The RMT has alleged that Network Rail negotiators have been in regular communication with government officials before making concessions in talks. Lynch said the union remained open for further talks.

Andrew Haines, Network Rail’s chief executive, said the strikes were “incredibly frustrating”. He said: “We have been clear that we can only fund an increase from our own budgets, and the only way we can afford that is by modernising working practices.”

A spokesperson for the Rail Delivery Group, which represents train companies, said strikes “will cause more misery for millions” and worsen the industry’s finances. 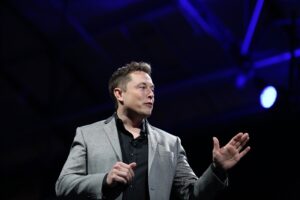 Twitter ‘in takeover talks with Elon Musk’ after pressure from shareholders 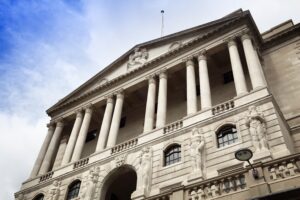 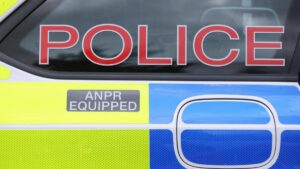 Scotland’s nightclubs to close for three weeks from 27 December