THE PHILIPPINES may find it more costly to service its foreign debts, as the peso slumped to its weakest value against the US dollar in over 16 years, economists said.

“There’s no question that a weaker peso would make it more costly to service the country’s foreign debts,” Miguel Chanco, Pantheon Macroeconomics chief emerging Asia economist, said in an e-mail.

The National Government debt currently stands at P12.76 trillion as of end-April, of which 30% or P3.83 trillion are owed to foreign creditors.

As of end-April, the external debt inched up by 0.4% from the previous month, due to the P28.56-billion net availment of external loans and the effect of the peso depreciation against the US dollar amounting to P31.50 billion. However, this was tempered by the P43.86-billion adjustments in third currencies.

Some of these foreign loans were long term and had low interest rates, enabling the government to pay them over extended periods of time.

“Fortunately, about 75% of our national debt is dominated in [peso], while 25% is foreign-currency dominated,” UnionBank of the Philippines, Inc. Chief Economist Ruben Carlo O. Asuncion said in an e-mail. “This ratio of domestic and foreign debt was by design… and I think that this will do us good in the longer run.”

From January to April, the National Government’s total debt service bill stood at P356.625 billion, falling by nearly 40% from a year ago.

Amortization slumped by 61% to P170 billion, of which payments for domestic and foreign obligations stood at P153 billion and P16.98 billion, respectively.

Mr. Chanco said the main question is which sectors may suffer as a consequence of bigger foreign debt payments by the government.

“Clearly, the government will have to either cut discretionary spending, raise new taxes — or potentially both — to find funds it didn’t think it would need for interest payments,” he said.

Another immediate impact of the depreciated peso is that it will make imports more expensive, Ateneo de Manila Economics Professor Leonardo A. Lanzona said in a Viber message.

“This can affect our production, making it difficult to pay our debts. The good side, however, is that the remittances will have a higher value here and exports will be cheaper, both of which can have a positive effect on the economy,” he said.

“Any advantage may be offset by higher prices/inflation already at a new 3.5-year high of 5.4% in May 2022 and could still go up towards 6% in view of higher minimum wages of at least +6% in NCR (National Capital Region) and minimum transport fares effective June 2022 and the higher prices of other affected goods and services,” he said.

The Bangko Sentral ng Pilipinas last week raised its average inflation forecast for this year to 5%, from 4.6% previously, exceeding its 2%-4% target band. — T.J.Tomas 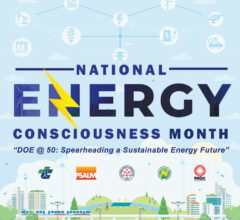 Championing a brighter, more efficient and sustainable energy system for the Philippines 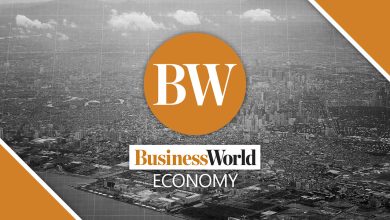 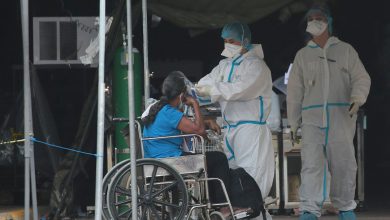