Facebook Twitter LinkedIn Tumblr Pinterest Reddit WhatsApp
Siargao is one of the areas most affected by typhoon Rai, locally known as Odette. This photo is taken by the national disaster response team of the Philippine Red Cross. COURTESY OF THE PHILIPPINE RED CROSS FACEBOOK PAGE

PHILIPPINE President Rodrigo R. Duterte placed six regions devastated by Typhoon Rai under a state of calamity, in order to expedite aid to the affected areas.

The declaration will hasten the relief and rehabilitation efforts of the government and the private sector, Mr. Duterte told a taped Cabinet meeting aired on Tuesday night.

He said this will also effectively control the prices of goods and commodities in the areas, where supplies have dwindled due to the widespread devastation.

Cabinet Secretary Karlo Alexei B. Nograles said Mr. Duterte only declared a state of calamity in the six regions on Tuesday because he waited for the assessment of the damage caused by Rai, locally known as Odette.

“Before the declaration, we need to have a full assessment of the extent of damage done by the typhoon,” Mr. Nograles said at a televised news briefing on Wednesday.

As of Wednesday, the government estimated that damage to infrastructure reached P585.8 million, while agriculture damage and losses hit P2.6 billion.

Several local governments affected by the typhoon were allowed to declare a state of calamity “within their jurisdiction” even without the President’s order, he added.

Budget Undersecretary Tina Rose Marie Canda said at the same briefing that at least P6 billion of the P10-billion typhoon response funds promised by Mr. Duterte in his meeting with the Cabinet on Tuesday night would come from the proposed P5.024-trillion national budget for 2022.

It will be “available in a couple of days once the GAA or the General Appropriations Act is signed for 2022,” she said.

Ms. Canda said P2 billion of the P10-billion promised funds are already available under the government’s calamity fund, while another P2 billion would come from the President’s contingency fund.

“I am really worried because, let me be frank to the public, our money here in the Philippines is depleted, even coping up with the growing expenses for the typhoon victims,” Mr. Duterte said at the Tuesday meeting.

Mr. Nograles clarified in his regular news conference that the government still has money to spend for the pandemic response and Typhoon Odette.

“When the President made those statements, it was, remember, in the context of informing the Filipino nation, our fellow Filipinos that we really faced a lot of challenges in terms of pandemic response, and we have spent a lot for it,” he said.

STATE OF CALAMITYThe Philippine Disaster Risk Reduction and Management Act defines a state of calamity as “a condition involving mass casualty and/or major damage to property, disruption of means of livelihoods, roads and normal way of life of people in the affected areas as a result of the occurrence of natural or human-induced hazard.”

The declaration allows authorities to impose price caps on basic and prime commodities and mandates them to stop overpricing, profiteering and hoarding of food, medicines and fuel.

Whenever there is a declaration of a state of calamity or emergency, prices of basic necessities shall be placed under automatic price control at their prevailing prices for 60 days or until “lifted sooner by the President,” according to Republic Act No. 7581.

The law defines the prevailing price as “the average price at which any basic necessity has been sold in a given time within a month from the occurrence” of any calamity or emergency.

“This would help temper the temporary spike in inflation until supplies start to normalize in the coming weeks,” Michael L. Ricafort, chief economist at Rizal Commercial Banking Corp., said in a Viber message.

Arthur Yap, governor of Bohol in central Philippines, earlier said there have been small-scale looting incidents in his province amid growing hunger. He warned that the incidents could worsen if hunger is not addressed.

“Partly, the expeditious deployment of relief goods, with more funds and price controls, would fundamentally address these,” Mr. Ricafort said.

He said the declaration would also help expedite the release of insurance claims on damaged properties and justify the release of various calamity loans and assistance offered by government instrumentalities, including its controlled corporations and financial institutions, to individuals and businesses.

Mr. Ricafort said if the government would be able to conduct reparation and rehabilitation activities in calamity-stricken areas there might be “some pickup” in the country’s fourth-quarter growth.

“The declaration of the state of calamity would mitigate the adverse economic impact of Typhoon Odette’s storm damage and would help expedite recovery/reconstruction/rebuilding activities,” he said, noting that the declaration would allow the government to tap its calamity funds.

“Faster pace of restoration activities in areas hit by the storm would ironically add to economic activities,” Mr. Ricafort said. “That would entail additional spending by the private sector and the government.”

How Upskilling Can Mitigate Business Risk 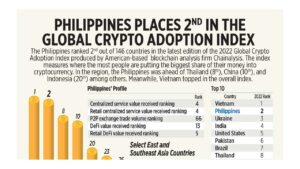 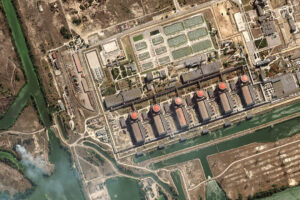 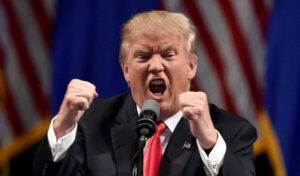 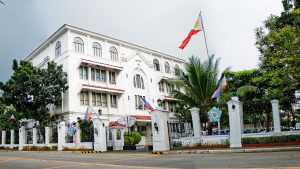