But the implications of these bilateral deals should be studied carefully given the Philippines’ ongoing sea dispute with China and Beijing’s failure to deliver on its investment pledges in the past, some observers noted.

In a statement, the Presidential Communications Office (PCO) said the two countries renewed an agreement on the Belt and Road Initiative — Beijing’s overseas infrastructure development strategy.

The Department of Finance (DoF) in a separate statement said the cumulative loan commitments with China for ongoing Philippine projects now stand at $1.06 billion after four individual loan agreements worth $201.8 million were co-signed by Export-Import Bank of China Chairman Wu Fulin. The new loans will fund bridge projects crossing the Pasig-Marikina River and Manggahan Floodway.

The signing of a framework agreement for the implementation of the said projects “gives the Philippines access to the renminbi (RMB)-denominated government concessional loan facility portion of the loan,” the DoF added.

Filipino foreign policy experts have viewed the meeting between Mr. Marcos and Mr. Xi with skepticism, citing China’s failure to deliver on its investment promises to the Duterte administration.

“Together, let’s deepen cooperation and draw out a blueprint with China-Philippines cooperation in the new era,” Mr. Xi told Mr. Marcos during their bilateral meeting. “This way, we will bring more benefits to our people and contribute to peace and stability in the region.”

In his response, Mr. Marcos committed to pursue more joint ventures with China. “We are hoping that after the pandemic becomes more manageable, that we will not only return to the path that we were on before the pandemic but that we even build up to greater heights.”

Terry L. Ridon, convenor of infrastructure think tank InfraWatch, said these are “modest loans” which can be funded through government revenues.

“While every opportunity for assistance should be welcomed, government should ensure competitive interest rates in undertaking these development loans,” he said in a Viber message.

The government should also ensure that the agreements would not affect its territorial claims in the South China Sea, which is being claimed by China almost entirely, Mr. Ridon said.

“In terms of substance, most of the 14 bilateral agreements signed between the two countries this time around are very similar to the 2016 agreements brought home by his predecessor six years ago in a similar trip,” Enrico V. Gloria, who teaches foreign relations at the University of the Philippines said in a Facebook Messenger chat.

But the standout for this trip, “which makes the visit successful on its own,” is the signing of a bilateral agreement between the Philippine foreign affairs department and its Chinese counterpart for a communication mechanism on maritime issues, Mr. Gloria said.

“Overall, the trip is both symbolic and substantial in terms of what it was able to achieve. The trip represents how a close Philippines-China bilateral relationship matters substantially to both leaders’ priorities,” he said.

“It is also substantial since it saw the signing of agreements that bode well for the Philippine’s development priorities, bringing in China’s intent to cooperate with the country in achieving the administration’s objectives in this regard,” he added.

“I’m very glad that we are in the process of finalizing the rules and regulations for the import by China of fruits from the Philippines,” Mr. Marcos said. “And I believe that very soon now, we will be able to see the different fruits… the high-quality agricultural products coming from the Philippines start to come into China to balance the trade situation that we have.”

The Department of Agriculture (DA) and its Chinese counterpart also signed a joint action plan for 2023-2025 on agricultural and fisheries cooperation, and agreed on a list of phytosanitary requirements for the export of fresh durians from the Philippines to China.

Private investments, meanwhile, were also sealed in coconut and food processing, development of durian production, and alternative green technology for animal feeds and other agriculture products.

“Our governments will work together on increasing tourist arrivals, resuming and adding direct flights to key and emerging destinations, joint promotional activities, and inviting tourism investments in infrastructure, among others,” Tourism Secretary Maria Esperanza Christina G. Frasco said in a separate statement.

Manila is hoping to welcome more tourists from China, which is expected to further ease restrictions on inbound and outbound travel this year.

On Wednesday, the Health department said eight unvaccinated Filipinos from China tested positive for COVID-19 upon arrival at the main airport near the capital Manila.

Several countries like the United States, Japan, South Korea and Italy have imposed coronavirus tests or additional requirements for passengers arriving from China, which has been accused of failing to be fully transparent with its pandemic data.

Meanwhile, an electronic cooperation deal between the Department of Trade and Industry and China’s Ministry of Commerce was also signed during the meeting, the Palace said.

“The list also includes a mutual recognition agreement between the General Administration of Customs of China and the Bureau of Customs of the Philippines on an authorized economic operator program,” the Palace said.

SKEPTICISM“Some of the agreements signed between the two countries are carry-overs from the previous Duterte administration,” Herman Joseph S. Kraft, who teaches political science at the University of the Philippines, said in a Viber message.

“President Marcos’ optimism about the Chinese leader being interested in the issues addressed in the agreements is reminiscent of pledges that result from state visits,” he added. “The question is always about what the follow-up actions will be.”

Mr. Kraft said Filipinos should view the agreements with “skepticism” since a number of deals between the Philippines and China under the previous administration didn’t materialize.

“The administration should stop treating the signing of these bilateral agreements, whether with China or other nations, as a laudable achievement,” said Michael Henry Ll. Yusing, a policy analyst.

“This is part of the work of a president,” he said in a Messenger chat. “This should not be seen as an extraordinary milestone.”

PRIVATE INVESTMENTSChinese investors have committed $22.8 billion in investment pledges after meeting with Mr. Marcos in Beijing, the Palace said.

These investment commitments include $1.72 billion for agribusiness, $13.76 billion for renewable energy (RE), and $7.32 billion for the electric vehicle industry and mineral processing.

Mr. Marcos welcomed the intention of some Chinese companies to invest in coconut and durian production, and in the livestock sector, which he said could generate employment and ensure food security.

The Philippine leader also welcomed more Chinese investments in renewable energy such as solar and wind, as well as in related sectors including battery energy storage systems and off-grid power supply systems.

The Philippines last year lifted the foreign ownership restrictions on RE generation projects.

Inflation accelerates to 8.1% in December 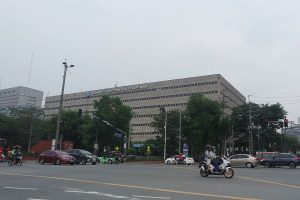 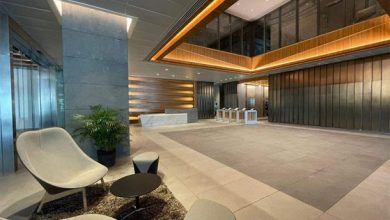 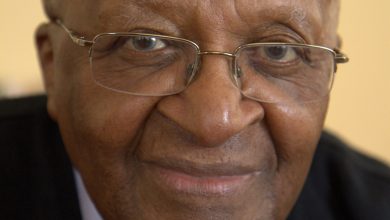 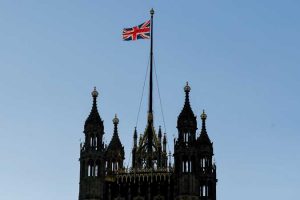 Britain braces for record temperatures as heatwave ripples across Europe